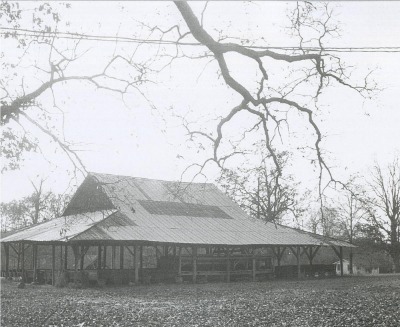 It has been said that Home is where the heart is, and this simple statement explains why Weddington has been home for so many through the years.

The Town of Weddington sits in the northwestern corner of Union County. It was in 1842 that the General Assembly of North Carolina formed Union by taking portions from the existing counties of Mecklenburg and Anson. Weddington is part of the Sandy Ridge Township, which owes its lineage to the old militia districts which existed prior to 1869. If you check an atlas or your handy GPS map guide, you will find the town center to be located at the intersection of NC 16, also known as Providence Road, and NC 84. Our section of Union County was known from the earliest colonial times for itsâ fertile farmland. The Waxhaw Indians had prospered here for ages by the time the first settlers from Germany, England, Wales, and Scotland began arriving. To understand the beginnings of our community you have to go back to the post American Revolution period, when a veteran of the war for independence, Reuben Boswell, helped settle this area.

Reuben Boswell was born in 1755 and was a native of Spotsylvania County, Virginia. After serving in the Revolutionary War, he moved to Mecklenburg County. In the summer of 1824, Reuben donated four acres of land for what would become the Sandy Ridge Methodist Episcopal Church. Local farmers, 22 in all, donated $262.00 for the construction of the new house of worship. The establishment of this church would eventually lead to the town we know today. In time, Reuben Boswellâs daughter married a man named Weddington and in 1826, a grandson, Reuben B. Weddington arrived. For the next sixty years, Reuben B. Weddington grew, lived, and prospered in the area. 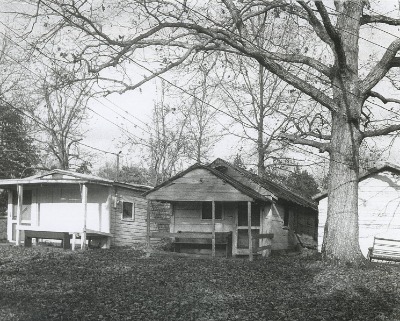 The decades passed and Union County shared in writing the history of our nation, providing a number of troops for the Mexican War in 1846, and an even higher number, twelve companies in all, for the War Between the States from 1861 through 1865. During Reconstruction, Union County suffered economically due to fewer markets for the cotton grown here, but as the years passed, the future was looking brighter, especially with the completion of the railroad in 1874. By 1890, Reuben B. Weddington was a prominent citizen of the area and helped to construct a new church building on the land that his grandfather had previously donated. This, along with his other generous financial gifts to the church, and the school that the church operated, led the members to change the name from Sandy Ridge Methodist Episcopal Church to Weddington Methodist Church. The community that continued to grow up around this house of worship took itsâ name and that is how Weddington was first put officially on the map.

The Town of Weddington continued to grow through the turn of the century, Weddington Academy taught grades 1 through 11 and by 1918 had expanded to become the Weddington Industrial Institute. The school burned in 1925, was rebuilt, and burned again in 1934. Again rebuilt, Weddington School operated until 1975 when it finally closed due to low enrollment. At the time of its closing: there were approximately 67 students. Six grades shared 3 classrooms and 3 teachers. After closing, Weddington students were sent to Wesley Chapel and then on to Sun Valley High School until 1996 when the present Weddington Elementary was built as the first of a 3 school complex on Deal Road. 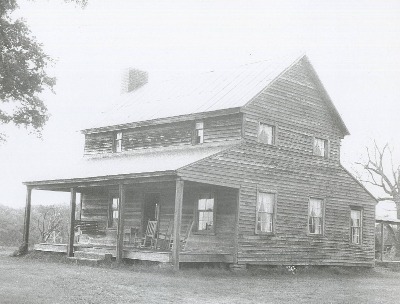 Through the War to End All Wars, the Roaring twenties, the Great Depression, Pearl Harbor, the birth of ârock and rollâ, turmoil in the 1960âs, landing on the moon, and the Bicentennial most of North Carolina, and our part of Union County, remained largely agricultural. Family farms, two lane roads and a âlong driveâ to Charlotte were the norm. But with the 1970âs and Charlotteâs growth, it wasnât long before farmlands would begin giving way to new subdivisions and those two lane, farm to market roads carried increased traffic. Farming equipment and tractors were replaced by SUVs and âBeamersâ.

Weddington was no stranger to this new growth, but something was different here, the residents were proud of their rural atmosphere and âdown homeâ feel. The leaders of the community wanted to ensure the things which made Weddington unique were preserved for the future, and with the prospect of possible annexation by the City of Charlotte looming, local residents took action. The process of petitioning the NC General Assembly for official incorporation began in earnest.

NC House Representative Joe Hudson, Weddington native, introduced House Bill 597, AN ACT TO INCORPORATE THE TOWN OF WEDDINGTON IN UNION COUNTY. The town charter established the original boundaries of the Town and appointed Mark Teal, our first Mayor, along with four other council members. The act became effective upon ratification on May 2, 1983. 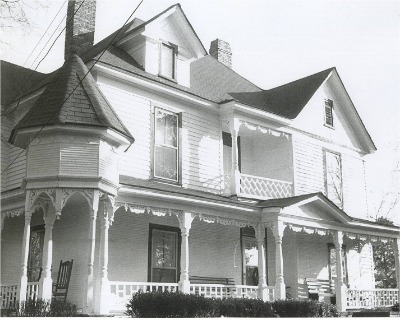 Much has changed about Weddington since 1983, but one thing remains certain, our Town remains committed to keeping the spirit and character of Weddington alive for those who are here now, and for those who come after us. Iâm certain that Reuben Boswell and his grandson would be proud.